Almost every pub or bar I’ve ever been to has a happy hour, if not multiple.

Now you can stand out from the crowd and promote your happy hour promotions in style!

This Happy Hour Flyer Template by FlyerHeroes is a stylish design wrapped in an authentic vintage gold picture frame.

Get ready to put your drinks promotions on show!

The text and image areas in this flyer template are fully editable and very easy to customize. Simply edit with Photoshop and you’ll be ready to go to print!

What fonts do I need for this template?

Once you have purchased this flyer template, you are free to make any customisations and modifications you wish.

You can read more on our File Licenses here and our File Requirements here.

Please note, stock models / photographs of people are used for demonstration purposes only and are not included in the final download. We do however include a blank placeholder layer to make using your own stock photos as easy as possible. 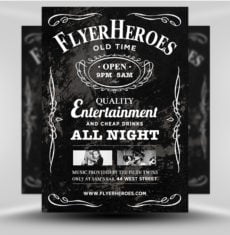 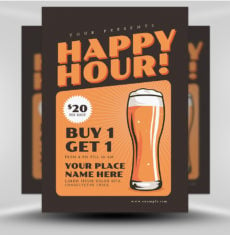 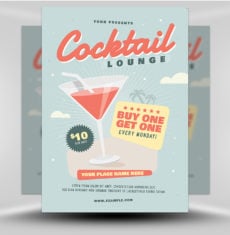 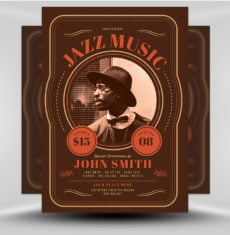